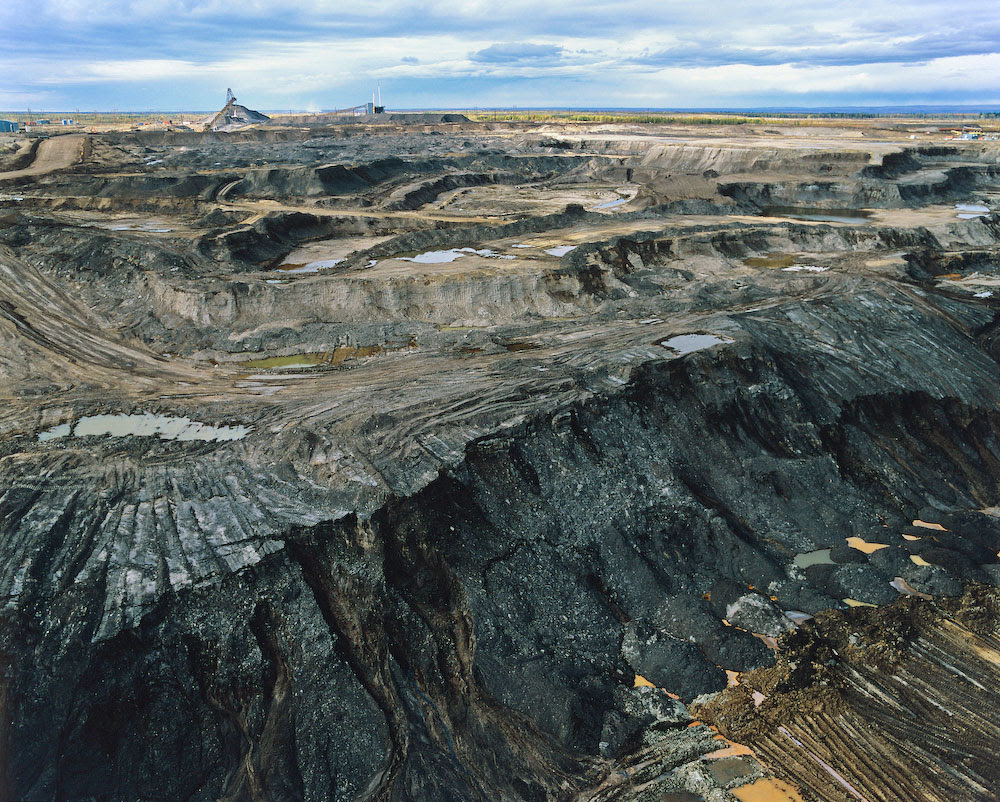 
The truth is that the tar sands gook contains more than twice the carbon from all the oil burned in human history. If infrastructure, such as the Keystone XL pipeline, is built to transport tar sands gook, ways will be developed to extract more and more. When full accounting is done of emissions from tar sands oil, its use is equivalent to burning coal to power your automobile. This is on top of the grotesque regional tar sands destruction.—Hansen: Norway, Canada, the United States, and the Tar Sands (PDF)

After publishing that I somehow don't want to do anything at all.
Posted by Raven Onthill at 1:51 PM No comments:

Prop 8: The Law Is The Loser…again

The Supreme Court, not surprisingly, handed down a decision on California's Proposition 8 that leaves the matter a national conflict. So, for now, gay couples can marry in California but not in Oregon, and who knows what their rights are when they cross the border?

Thanks, Roberts Court.
Posted by Raven Onthill at 10:12 AM No comments:

Not very surprisingly, the Court's conservatives are objecting on procedural grounds. When neither law nor ethics support your position, there is always procedure.

The Loser Is The Law

In the wake of the Roberts Court's decision on the Voting Rights Act, the effect of which, so far as can be told, will be to disenfranchise millions, I add the following observation: since 2000 we have seen multiple conservative Court decisions which, rather than outright outlawing such things laws designed to suppress the vote, instead make the laws technically impossible to enforce. Conservative jurists often speak of "bright lines," but the conservatives of the Supreme Court seem instead to prefer vast buckets of dull grey paint. This is judicial hypocrisy and enormously weakens the law.

The Roberts Court: working on being the worst since Taney.
Posted by Raven Onthill at 10:50 AM No comments:

The Paradox of Honor

All the US service oaths I know contain a paradox: they are oaths to uphold the constitution, some laws, and obey one's superiors. But how when one's superiors are corrupt, all the way to the top?

Posted by Raven Onthill at 3:34 AM No comments:

Who on the left does not know and fear the power of the surveillance state?

The US left has been the target of it for a century, since the Bureau of Investigation was founded in 1908. This was followed by the Espionage Act of 1917, the Palmer raids of 1919, and the rise to power of J. Edgar Hoover.  1918 saw a President arrest the leader of his leftist political opposition under the Espionage Act: Democratic President Woodrow Wilson's administration arrested Socialist Eugene V. Debs for opposing World War I. Debs went on to run for President from prison in 1920, gathering 3.4% of the popular vote.

I hear a faint objection: this is in the past. Oh, but it is not. The USA has a long history of political panics against the left: the 1950s, 1980s, and 2000s all saw renewals of those panics, and the expansion of the national security state.
Posted by Raven Onthill at 3:33 AM No comments:

Honestly, where the hell have you people been?

(In answer to Jim Wright, who objects that there has been little opposition to the vast expansion of the surveillance state post 9/11.)

Scared to death and silenced by money, largely through the efforts of the same people who most strongly support the national security state. Our elected representatives scarcely notice us any more.

In part, this is the result of a propaganda campaign spanning decades. It began with the abrogation of the laws of media consolidation and balance starting in the 1980s, as documented by Ben Bagdikian. The 1990s we saw the emergence of a right-wing propaganda network, led by Fox News. During the same period, campaign finance laws were steadily weakened, with the result that increasingly elected officials responded not to the voters, but to the people who funded their campaigns.

The decade of the Big Zero saw the triumph of right-wing views in the media. By then there were so few media outlets, and they were so much under the influence of the fearmongers, that few voices in the major media were raised against the war in Iraq or the vast expansion of the national security state.  On January 16, 2003, perhaps 100,000 people demonstrated against the Iraq war on the National Mall in the DC. On the same day, over 150,000 people turned out in San Francisco. The demonstrations were scarcely reported, and made no difference to Congress.

If there was to be a national debate it had to be informed, and legislators had to be free to debate, and take public positions. Information was suppressed and legislators were forbidden to publicly discuss what they knew of the security state. The impossibility of discussion also made criticism from outside the closed circle of classified policy-making impossible.

In the period running up to the Big Zero, a few voices were raised from the margins. Bagdikian I've already mentioned. Also the ACLU and the Electronic Frontier Foundation, moderate libertarians, and the cipherpunks, radical libertarians. But these did not persuade.

Russ Feingold, a moderate leftist and the only Senator who voted against the Patriot Act, was voted out in favor of a Tea Party Republican.

The Senate was aware of the extent of surveillance and the Senators who knew were forbidden to speak publicly. Markey and Udall came nearest to doing so. The US press is likely to turn any whistleblower over to the tender mercies of the Federal government, which has been cracking down on whistleblowers. The same government that maintains an illegal prison in Cuba and has replaced its network of overseas black prisons with a network of overseas prisons belonging to countries willing to torture. If this story was was going to be published, it would be the work of a whistleblower and the international press.
Posted by Raven Onthill at 3:31 AM No comments:

What We Are Fighting For

“I don’t want to live in a world where there’s no privacy and therefore no room for intellectual exploration and creativity.”—Edward Snowden

Remember that.
Posted by Raven Onthill at 8:20 AM No comments:

An Angry Response At Balloon Juice

In response to a defense of Obama's conduct on national security at Balloon Juice.

He could, of course, have stood up to Congress. But he never does.

The King can do no wrong. He is above criticism.

I swear I never asked for any of this.

[typography changed a week after original publication]
Posted by Raven Onthill at 7:56 AM No comments:

They Know Who Your Friends Are

In the wake of the Verizon court order leak, it seems worth pointing up what it is the security agencies want to do with this data: they want to draw up a social connection chart of the entire USA. They want to know who everyone's friends are.

Croak!
Posted by Raven Onthill at 12:36 PM No comments:


How can it possibly make sense to “deal” with these problems by condemning vast numbers of willing workers to unemployment?

And on food stamps:

[…] supposed rationale: We’re becoming a nation of takers, and doing stuff like feeding poor children and giving them adequate health care are just creating a culture of dependency — and that culture of dependency, not runaway bankers, somehow caused our economic crisis. But I wonder whether even Republicans really believe that story — or at least are confident enough in their diagnosis to justify policies that more or less literally take food from the mouths of hungry children.

Digby, on the hypocrisy of Republicans:

I often say that Republicans have retired the concept of hypocrisy and people titter politely, but I suspect they think it's a sort of glib slogan and not a serious observation. But I mean it literally. It goes far beyond double standards or duplicity or bad faith. There's an aggression to it, a boldness, that dares people to bring up the bald and obvious fact that the person making the charge is herself a far worse perpetrator of the thing she is decrying. There's an intellectual violence in it. […] We live in a world where the right wing ruthlessly and without mercy degrades and attacks by any means necessary what they perceive as the enemy, and then uses the great principles of democracy and fair play when the same is done to them. They leave the rest of us standing on the sidelines looking like fools for ever caring about anything but winning.

These gain all the more force because neither author appears to recognize the historical precedents of what they describe.
Posted by Raven Onthill at 11:30 AM No comments: